When Do I Sell?

On this week’s Masternodes Monday, Leon discussed the factors to look out for coin owners looking to make a profit. He shares with us a formula he used when playing the Masternodes game.

There’s no holding game in masternodes.

The profits can be quite crazy because it’s masternodes. For example, today you put in $1, tomorrow it becomes $3. 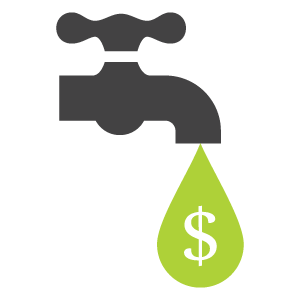 You might develop the mentality of “hold on a bit longer, the price will increase more.” If you have confidence in the coin then go for it, but I rather get out it first. That means whatever profit we make, we get out because anything that you take back in Bitcoin (BTC), which is a much easier currency to liquidate, is better in our opinion.

If let’s say, the price increase, then the liquidity today is 1 BTC. Tomorrow it’s 3 BTC/5 BTC. The next day, there’s a trend of liquidity, people are playing it. I’ll try to get out already. That’s how I look at it.

However, if it’s consistently at 1 BTC, it becomes difficult because I don’t know whether I can get my money out if I sell. In my mind, I naturally lower this coin. I’ll think that, “oh maybe this is not the smart pick, this is not the ********coin, this is not the whatever coin there is that can give me the x return already.”

2 How Can You Tell When The Price Will Increase?

Increased volume means increased liquidity. So if you notice that the volume is increasing, there’s a high chance the price will increase too.

When volume increases, it is most likely due to the face that people are buying the coin. In other words, confidence for the coin has increased therefore resulting in the increase in price.

3 When NOT to sell Early? Top Tier Coins

Top tier coins refer to the Dash tier, the coins you should keep for very long. These coins usually have a lot of demand, hence it is better to keep it for interest later on instead.

4 Learn From Our Mistake. 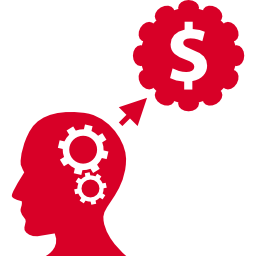 Icons made by Freepik from www.flaticon.com is licensed by Creative Commons BY 3.0

If we had chosen to liquidate at that time, we would’ve definitely made some profit. But did you know what subsequently happened? The price really did increase, and again we were optimistic to hold it a bit more.”

Suddenly, foom! It totally disappeared. Nothing.

The moral of the story here is Don’t Get Greedy. If you make a profit in Masternodes, however little it is, don’t get greedy and speculate.  Even if you make 10%, it is still a lot. We’ve all been in the ICO game where they claimed to earn x% returns, but the reality is that it doesn’t happen too easily. The best one so far that I’ve gotten (not talking about Bitcoin, Ethereum all this), is Binance. Binance is the only coin that took off but still exists and is still quite big today.

If I can take a profit, I always run. Especially in masternodes as it is very volatile so the earlier you get out and be willing to take the profits is better.

Icons made by Freepik from www.flaticon.com is licensed by CC 3.0 BY

Treat masternodes like a fund, like the Sharks from the reality show, Shark Tank. When you’re a shark, you don’t expect to win everything.

The only control you have is that you can pump the economy, whatever that you can do on that side. But because you don’t have full control, you need to have a different mindset. It’s not your responsibility that the masternodes are not selling enough, so you need to make sure that you must always be very willing to sell. Especially in masternodes.

As I said, you run it like a fund. So in a venture capital example, let’s say you invest 10 startups from different industries, you don’t expect all to win, right?

One of the world’s largest investment firm is SoftBank. This company Soft-Bank. The one that invested in Alibaba. In their whole career of venture capital investing, their existence of 31 years or something, the founder, Masayoshi Son, has only won very very few big bets. He bet on thousands of companies by the way. Globally.

He’s a shareholder in Uber, Grab, DiDi, Ola. That’s, the kind of portfolio they have. And even with that, he doesn’t win all the time. So, how many percents of the time do you have to win?

If you have 10 startups, do you agree with me that you just need 1 startup to turn out like an Alibaba? You don’t need 5 startups, you don’t need 3 startups even.

You just need 1 to turn out like Alibaba. In masternodes, it’s very difficult to be like Alibaba. It’s very hard. It is very challenging to have $1 become $4,000. The probability of that becoming $1 to $4,000 is just very small, based on all the external reasons. 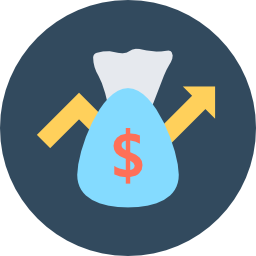 Icons made by Vectors Market from www.flaticon.com is licensed by CC 3.0 BY

Let’s say you invest in 10 startups, or 100 startups. Then you wait 10 years, hoping some of them win. But let’s put masternodes in context.

In terms of time frames, masternodes are ‘startups’ are on steroids, meaning that your time frame is not 10 years. It’s going to boil down and it’s going to compress your effort, time and everything into let’s say 1 year at most. It could be as soon as 3 months.

We did a one month experiment. With a $10,000 budget, we build many different coins. We checked the volume and the Masternode worth, then we just start building.

Many of these coins did not have any hype around it initially, and there wasn’t a lot of people talking about the coins. You have to do your own research.

Think of yourself as a very compressed fund manager where you have to look for returns along the way. If you are thinking about doing longer term investments, masternodes may not be the right vehicle. You have to be prepared; it is very intense. But the money you make, is intense too.

Even a 1x, 2x kind of return is pretty solid because if you exponentiate the run rate such that if you are generating one million a quarter, that’s equivalent to 4 million a year. You got to have this kind of mentality.

If you find this video useful, do leave a comment below, and share this with your friends and family. Also, do not miss out on the exciting updates that we are going to have in the future by joining our Facebook group.

Till then, see you guys.